A little about us... 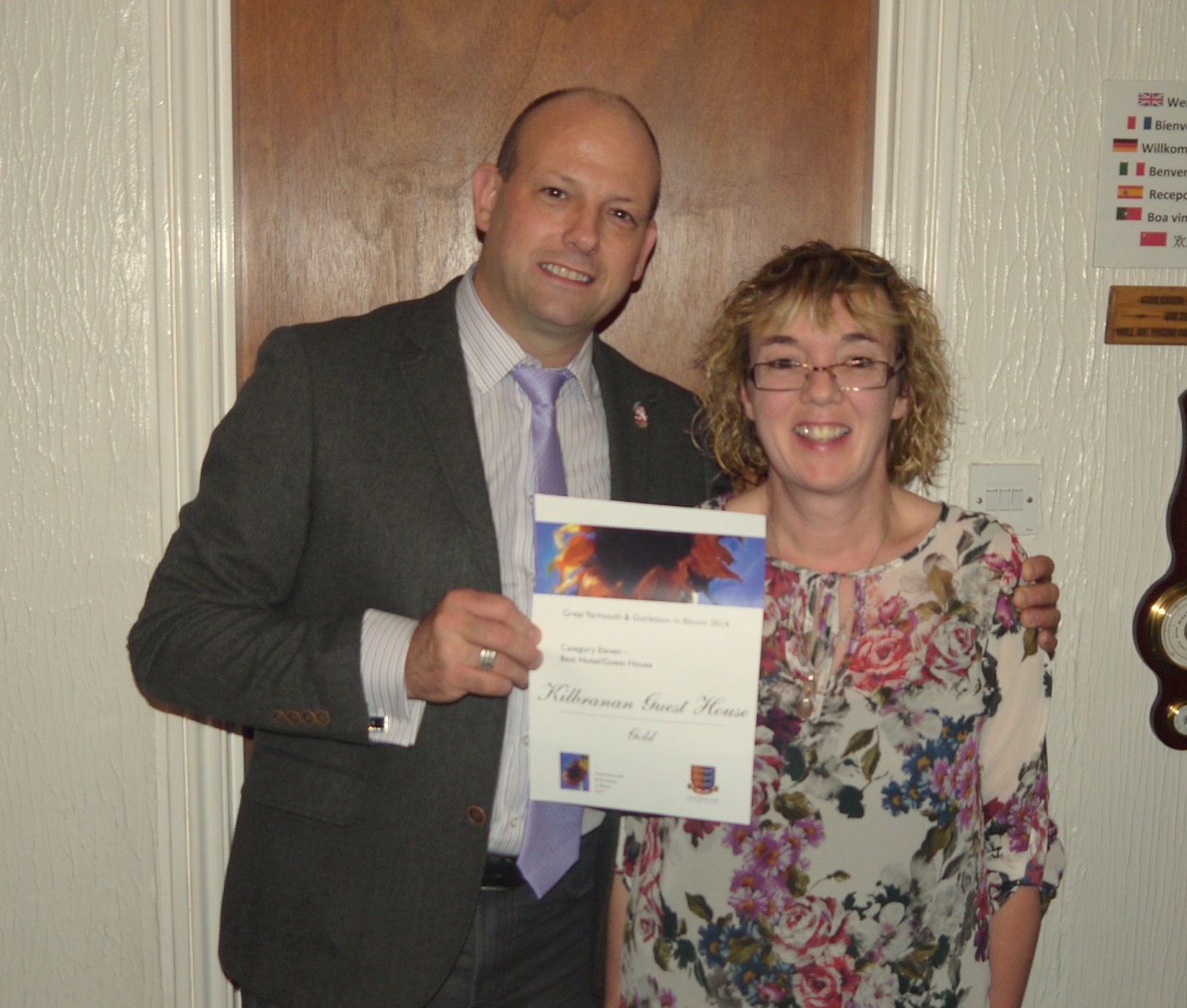 Kilbrannan Guesthouse is owned and run by Gary and Julie Smith. We originally come from Leicester and spent many a time travelling backwards and forwards to the seaside for holidays and day trips so I guess we were always drawn to be living at the seaside some day. Running Kilbrannan Guesthouse is certainly a change from our old lives back in Leicester, as managers in our own field we were always committed to meeting deadlines, achieving targets, motivating staff etc. Now our deadlines are cooking breakfast on time and cleaning rooms before guests return. There's a lot more to it really. The best part of our lives now is meeting different people from all walks of life and having a chat.

Julie and Charlie, our son are both 1st dan Black Belts in Korean Karate and have represented England and Great Britain in European and World championships. Between them they have earned many medals and trophy's. They trained with a very successful Karate academy in Leicester ran by Master Shane Varney. As far as other hobbies are concerned, Julie likes cleaning and Gary enjoys cleaning, tending to the garden, trying to learn Portuguese, researching his family history and sharing his experience and knowledge about the accommodation business through his online blog.

A little about our Guest House...

Before the property was built, there was an officers mess on the site. The officers mess was demolished sometime before 1859 (when I discover more about this I will let you know). 14 Trafalgar Road was built by John Eagleton, a local man on 1st Sept. 1859 for use as a dwelling house. A covenant existed stating that a ground rent of £1.19 must be paid annually to 2 lord commissioners of her majesty's treasury (Queen Victoria). The house has had many owners over the years and was lived in by Gentlemen and their families as well as professional people: The house was first bought brand new for £270 and later sold in 1880 by the purchasers son for £490 after being left it in his father's will.

The new owners had the house for 45 years before selling it on in 1925 for £700. During the 45 years our house was rented out to 4 local people (for what use I don't know yet) After 4 years of owning the house it was sold again in 1929 for £750 to new owners. Sadly the man (a local postman) died in 1941 leaving his wife behind. She married again in 1946 to a man from Beccles and finally sold the house on in 1966 for £2,750. The new owners turned our house into a boarding house at this time, erecting walls to divide rooms and had the dormers on the top floor built in 1969 The boarding house was sold for £27,000 in 1978 to 2 couples who sold it on after 11 months for £36,500 The new owners sold it on to us in 2008 for an undisclosed sum. Looking through the documents to find this information was very interesting as they contain all the names, dates, finance plus much more including the original wax documents with wax seals etc. Certainly a gold mine for anyone interested in history and genealogy. Many of the documents could be of importance to your family tree if you have connections with Great Yarmouth. We are always happy to help.
Thank you for reading.